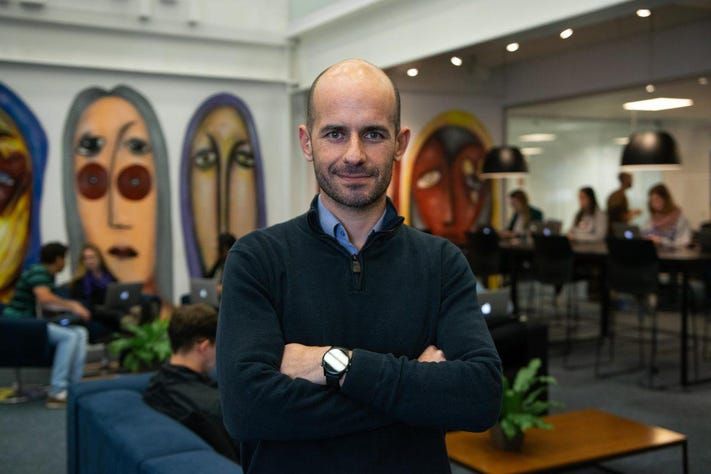 After growing its footprint to 15 Latin American countries for more than a decade, EBANX has prioritized global expansion on the African continent, which it believes is the next big growth frontier for digital payments and the digital market during the 2020s.

The fintech unicorn disclosed this during the sixth edition of the annual Latin America Summit powered by EBANX in Mexico City on Tuesday (September 13, 2022).

"This is the moment for Africa, and it’s quite reminiscent of the Latin American landscape back in 2012 when EBANX first began its journey by providing global merchants access to sell more goods and digital services via the internet to Latin Americans through local payment methods," João Del Valle, CEO and co-founder of EBANX, said in a statement seen by Benjamindada.com

Africa’s fast-growing digital economy is only in its early days, and it’s projected to grow up and to the right for the next few decades. Together with local players, EBANX will be a catalyst to realize the many benefits of a digital economy even faster. - João Del Valle

According to a June 2022 report released by Endeavor with contributions from McKinsey & Company, there's currently a $115 billion digital economy in Africa, the result of a combination of young and digitally savvy population, increasing digital penetration, and the impact of the COVID-19 pandemic.

When it comes to the digital games market, the Africa region is the fastest-growing one in the world, according to Newzoo. It is currently a $2.6 billion market, scaling 5 times faster than the global average in 2022, and expected to grow at almost 10% per year through 2026. The streaming market in Africa, of currently $1.9 billion, is expected to accelerate even faster, at 14% per year through 2026.

Ebanx will be competing with African fintech companies like Flutterwave, Yoco, Paystack, MFS Africa, and OPay, which are currently in the continent's payment market.

According to Paula Bellizia, President of Global Payments at EBANX, "Africa is now bursting with growth potential. Digital adoption and consumption of online goods and services have accelerated rapidly within its countries, and investment capital has been pouring into the region."

"After studying the region and building a deep understanding of its local players, entities, and challenges, we are diving into Africa to provide local payments solutions that will help build the digital economy at a rapid pace, drive broader financial inclusion for its population, and provide greater access to a variety of goods and services from global merchants interested in building their market share there," Belliza added.

According to Endeavor’s report, together with Egypt, the three African countries EBANX is focusing on first (South Africa, Kenya, and Nigeria) account for 32% of the continent’s population, 51% of its GDP, and 73% of the startup accelerators active in Africa today. Africa’s compound annual growth rate (CAGR) from 2010 to 2019 was higher than in both Europe and Latin America.

Importantly, a high level of mobile penetration and consumption in African countries positions the region to be the "next frontier" – but while increasing mobile access help boost online shopping in LatAm during the later stages of digital inclusion, in Africa, mobile devices and digital money transfers are the foundation for banking access and financial inclusion for the continent’s massive population of more than 1 billion people.

Pipefy, a powerful SaaS low-code platform for workflow management founded in 2015 in Latin America and operating within over 200 countries worldwide, is present in the Africa region with EBANX as its payments partner. "Expanding our solutions to African countries speaks directly to EBANX's mission of creating access, and having Pipefy as a merchant makes this moment even more special to us, expanding solutions and services throughout regions full of opportunities," Bellizia said.

How Ebanx's pan-African expansion will work.

According to a statement, the LatAm unicorn disclosed that its solutions in the African region will contemplate popular local payment methods such as: Instant EFT by OZOW in South Africa; the payment method allows line shoppers to access internet banking to make an Electronic Funds Transfer (EFT) that gets instantly verified. EFT is the second most popular online payment method in South Africa today.

In Kenya, Ebanx will sample M-Pesa, a mobile banking service that lets users store and transfer money, as well as pay for online shopping through their mobile phones. M-Pesa was introduced in Kenya as an alternative way for the country’s population to have access to financial services.

Meanwhile, in Nigeria, the company disclosed that it will experiment with the following payment methods: USSD—a session-based protocol that travels over the GSM signalling channel to query information and trigger services. It enables customers to pay for their e-commerce shopping—and Bank Transfers, which enable customers to pay for online purchases quickly and easily without needing a credit or debit card. They are one of Nigeria’s leading alternative payment methods because they are very secure and reliable.