Dividends of the ongoing “everyone should learn to code” conversation is already evident, as Nigeria continues to export software development expertise.

For instance, in September 2018, a former technical team lead at Andela, Adebayo Adesanya left to German IT firm, Candis.io and has since worked there as a Senior Software Engineer. Similarly, in February 2019, Neo Ighodaro, former CTO of HotelsNG—a Nigerian hotel booking site, moved to About You—a fashion and tech corporation in Germany. About a month later, Fisayo Afolayan, a former colleague at HotelsNG began work with Dept Agency as a Software Engineer.

As of 2018, Nigeria represented the fourth fastest growing developer community on GitHub, an open-source software development platform owned by Microsoft. Between 2017 and 2018, the number of Nigerian developers contributing to GitHub grew by more than 160%, according to their Octoverse report.

Similarly, in January alone, a whopping 142,110 Nigerians visited freecodecamp.org—an online platform for learning how to code for free. After the USA and India, Nigeria comes third claiming 4% of the global site visits to the site.

The desire to "learn to code" amongst Nigerian youths is ever-growing, as there are now more career success stories. Also, thanks to the growing startup ecosystem, skilled developers more readily find jobs. As a result, employment opportunities for developers and tech talents needs to compete with vacancies from other local and foreign companies. This competition has led to the emergence of remote working in the country. 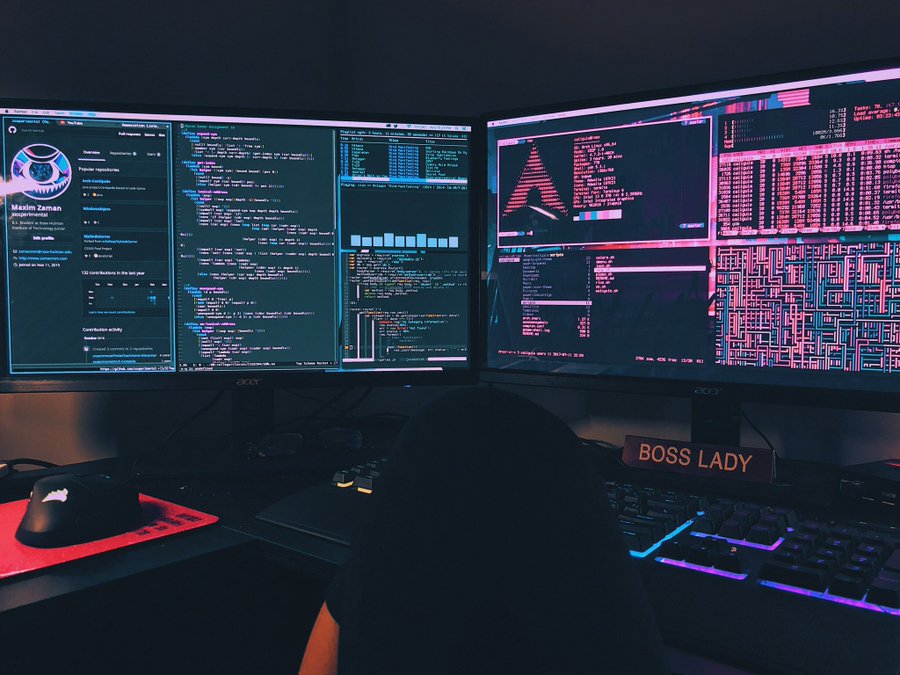 In response to a question on Quincy Larson's tweet, Victor Asemota retorts that “People want to make money from remote work”. This assertion corroborates the findings of a 2017 local report which stated that 79% of developers who work in an office have plans to work remotely.

However, it’s unclear whether developers wanted to work remote for local companies or foreign companies. This knack for remote work also explains the surge in the number of tech hubs, which also serve as co-working spaces, across the country. Nigeria moved from having just 23 tech hubs in 2016 to 55, barely two years later, according to a report by GSMA, an association of mobile operators worldwide.

For mid-level to senior developers who are not interested in relocating or freelancing,  remote working becomes their most preferred option. So, where do developers go to find remote work?

There are many platforms where companies can hire developers, but only a few cater to the peculiarities of freelance and remote developers. That's why companies like GetDev—a platform that helps organisations hire developers—has spun off a platform—Yasé.io—to focus on driving value exchange between developers and clients. Unlike other platforms which stop at connecting both parties, Yasé facilitates a seamless transaction by embedding payments as part of the flow.

Surprisingly, cash flow management is such an issue for big companies who delay in paying contractors and vendors. Late payment is so rampant in Nigeria that Mr Asemota wrote an entire article on “deliver us from late payments” and is now looking to do more. “Maybe a few people in the private sector need to go to jail for small businesses to thrive and employment to rise”, he said.

On the Yasé platform, companies can hire top-notch developers; in turn, developers can be engaged on remote projects at any time. “By looking at the profile of developers and recent jobs, companies can weed out developers that are not serious and choose those that best fit their project at hand”, said Sheriff Shittu, Technical Talent Acquisition Manager, GetDev. Yasé believes companies can work effectively with talented developers in  Africa and beyond, without distance being a hurdle, “starting first with the over 3,000 Nigerian developers”, Shittu said. “Our goal is to help connect you (companies) with the right developers to bring your ideas to life”.

One of the banes of the gig economy is that companies often shortchange freelancers and remote workers. But with Yasé.io, freelancers can work rest assured that funds will be released by the client as and when due. Companies also have the option of making payment at milestones. Shittu says, “we go the extra mile to ensure payments are disbursed as agreed, hassle-free. We bridge the gap between freelancers and companies”.

There are different schools of thought concerning the departure of Nigerian developers. One argues that it is a reoccurrence of the brain drain that happened during the military regime in the 1980s and 1990s. Another opines that it's a win-win for Nigeria and the burgeoning developer community.

“A (tech) community that exports itself is one of the best. At some point, it will be one of the solutions to Nigeria's problems,” Neo said on a recent forloop Africa podcast.

Working as a software developer in Nigeria is usually seen as a short-term solution (immediate employment) to a longer-term goal of working for a company outside Nigeria.

Software developers in the country face challenges such as a poor state of basic social amenities like power supply to sublime matters—harassment from the police and low salary ranges. According to a 2017 report by Startup Genome, Software Engineers in South Africa's capital cities (Cape Town and Johannesburg) earn more than their counterparts in Lagos, Nigeria's commercial hub. Hence, the decision of many developers in Nigeria to freelance or work remotely for foreign companies.

Aside from these apparent challenges, there are other personal reasons responsible for the relocation of Nigerian developers. When asked if he would have stayed back in Nigeria, assuming all the necessities are available, Neo said, “No, I would still want new experiences—working in Europe, Asia or wherever. It might reduce it, but I don't think it will stop it from happening”.

Neo’s submission is the backbone for the increasing troop to engineering talent outsourcing company, Andela, which promises developers a “world-class experience” working with their global partners. Andela has grown from 35 developers to near 1,500 developers with about 50% of them placed with partner-companies.

But why then are some of Andela’s developers rumoured to have worked on local company’s projects, like Wema Bank’s ALAT? Omowale David-Ashiru, Country manager Andela Nigeria, told Benjamin Dada that “we place our junior developers in their first six months on apprenticeships with local companies that match our values”. So, as these developers grow in the program, working in a team is not new to them, and they can start bringing money to the engineering firm.

You might have noticed in Neo’s job description that he was the former Chief Technology Officer at a local firm, so it’s not immediately a Nigerian developer starts learning to code that they get the opportunity to work for a foreign company.

With a platform like Yasé.io, however, every competent developer can take a shot at remote work.

This post was done in partnership with Yasé.io, an innovative marketplace for technical talents.

To create more secure logins, it's advisable not to use a password that contains publicly available details. Always ensure your passwords contain a random series of text and symbols.

Tizeti, a leading internet service provider (ISP) in Nigeria, has launched a voice calling service, WifiCall.ng, that will enable users to make and receive crystal clear, unlimited voice call from and to anywhere in the world.

BENJAMIN DADA | Impressive reporting on tech in SSA
—
The growing developer marketplace in Nigeria; how is Yasé.io different?
Share this