To our Nigerian readers, Happy Democracy Day, in arrears.

Starting June 12, you, and your people—outside the US—will no longer need a COVID-19 test or vaccination to enter the United States. The Order that mandated the provision of a negative COVID-19 test was rescinded on June 10, 2022. This is good news as it is one less thing to worry about, but, as a Nigerian, good luck finding a US Visa application slot.

In other top-line news, Interswitch—a legacy tech company founded in Nigeria—has turned on some "startup-level" perks. I'm not surprised. Last year, I had the rare privilege of speaking with the Group Managing Director, Mitchell Elegbe and he told me that a Talent acquisition and retainment strategy was in the works. What I didn't see coming was how far they were willing to go! So, big ups to Interswitch on actually rolling such perks out.

Now, to the deep dives of the week. We will cover:

🔊
Today's newsletter is supported by some of our partners. These partners include; Stutern, SweepSouth NG, and Fincra. Look out for them and check out what they have to offer. Thanks to people like them, we can bring you news and analysis on tech and startups in Africa.

Why does it matter? USSD is a major transaction channel and tool for financial inclusion, a key objective of the eNaira project in Nigeria.

So, by leveraging the USSD channel, the CBN can reach more people and promote its cause.

Since its launch in October 2021 eNaira has had a low adoption rate. In fact, only two out of 86 respondents voted to have used the eNaira, in a Twitter poll.

Away from its overall adoption rate in-country, the eNaira is ranked number one on PwC's global index of retail CBDCs. And in fact, the Central Bank of Nigeria is guiding other African Central Banks like the Bank of Uganda on how to implement their own CBDC.

Thus, given this huge expectation and reputation, the CBN needs the eNaira to work. An eNaira USSD will be one of the many arsenals we expect the apex bank to deploy in distributing the CBDC and getting mass-market adoption. 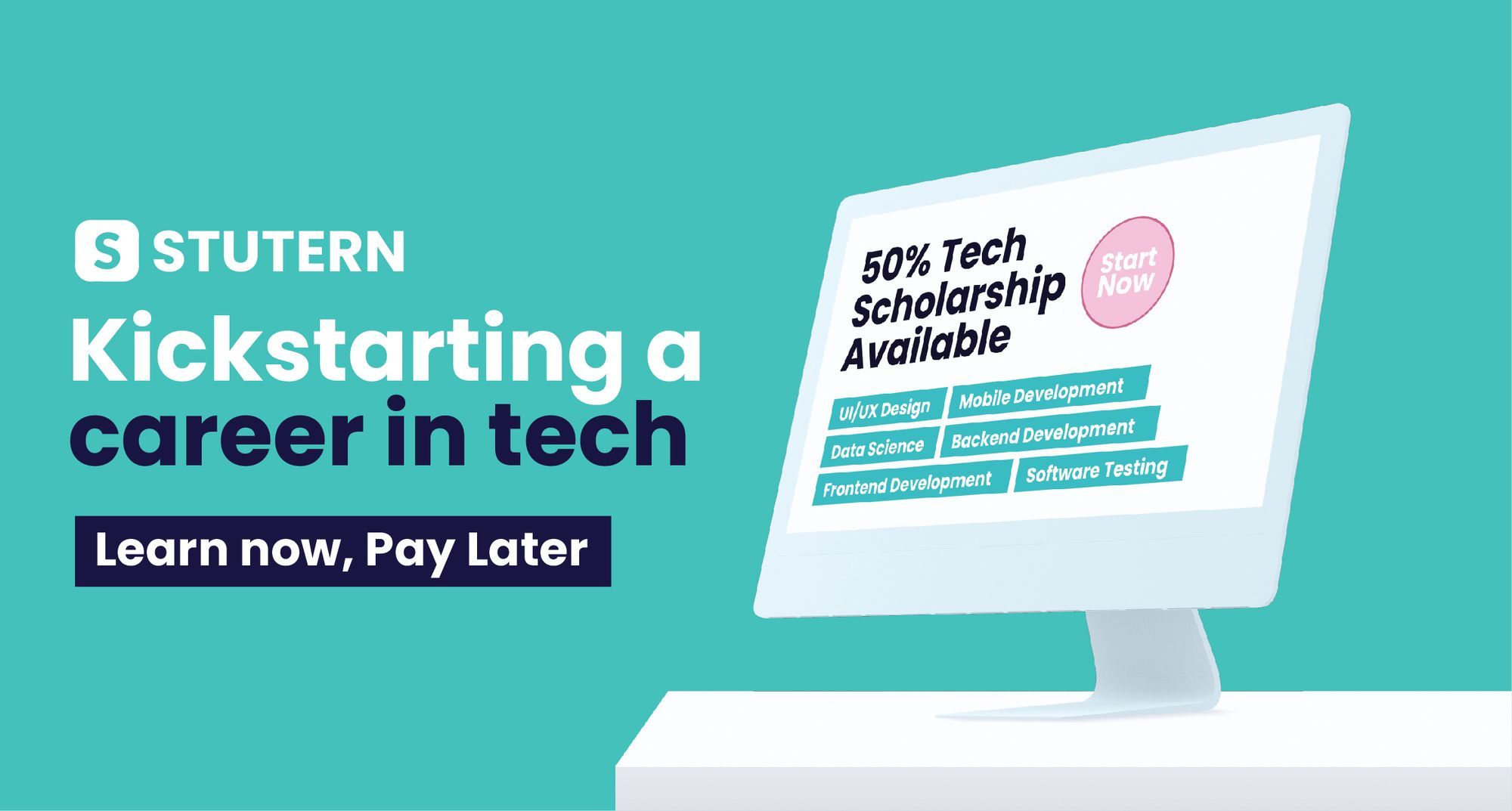 Be one of the 2,000 women who will get a 50% discount to learn tech skills—Product Design and Software Engineering.

Graduates of Stutern Accelerator have gotten into companies like Paystack, Canva, and Interswitch. Apply now or share with a friend.

Gozem, a leading super app in Francophone Africa has launched a $10 million fund in partnership with the International Finance Corporation (IFC) to support 6,000 moto-taxi drivers in Togo and Benin.

The initiative targets decarbonization, reducing the cost of operations for drivers, and mitigating poverty in the West and Central Africa regions. With this fund, drivers will be able to access affordable vehicle financing, and purchase/rent bikes to improve their income and livelihood.

"Moto-taxi drivers in West and Central Africa are estimated to need access to $3 billion of credit facilities annually to finance the replacement of their vehicles. We are excited that IFC is placing their trust in Gozem to be at the forefront of providing affordable financing solutions to these underserved communities," Gozem's co-CEO and co-founder, Gregory Costamagna said.

In the next 12 months, Gozem and IFC—a member organisation of the World Bank Group—will test electric bikes in moto-taxi operating conditions. They will also build a green energy swapping station network in both countries.

Gozem currently operates in 13 cities across Togo, Benin, Gabon, and Cameroon with a million registered users that have completed 10 million trips since its launch in November 2018. 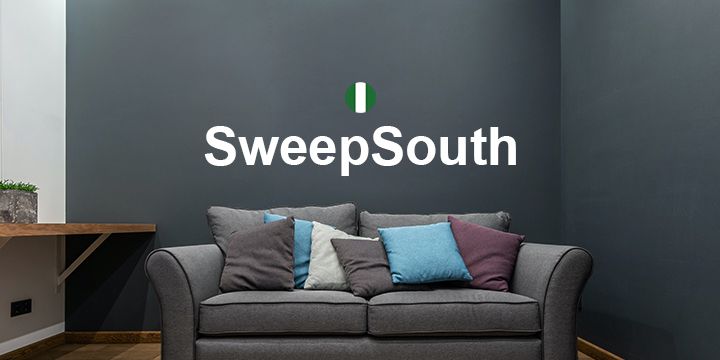 📣 SweepSouth is live in Lagos. Say bye to chores

What's the news? Last week, the Kenyan ICT Practitioners Bill 2020 which has been described as "contentious" passed the third reading in the Kenyan Parliament. The Bill now awaits Presidential Assent before it is turned into law.

Background: The Bill was introduced in 2016 by the majority leader, Aden Duale, and supported by Kenyan MP, Godfrey Osotsi. It was aimed at ensuring the ICT practitioners in Kenya must be degree holders, with three years of relevant work experience and are willing to pay an annual license fee. The Bill also prescribed jail terms and fines for defaulters. However, it was rejected on the basis of repetitiveness.

Later in 2018, the Bill was reintroduced in the parliament by Godfrey Osotsi, with minimal editing from the previous one, it was rejected again. More recently, Osotsi reintroduced Kenyan ICT Practitioners Bill in 2020, and this time it went through the first, second, and third reading.

What's the contention? The Bill intends to regulate "anyone who employs technologies to collect, process, store or transfer information for a fee."

"This ICT Bill is a private member's bill. As a Ministry, we continuously fought against this bill in its various forms. The political season comes with all manner of surprises including failed assurances by the people responsible. I will do my part to safeguard our thriving sector."  Joe Mucheru, the Cabinet Secretary of Kenyan's Ministry of ICT Innovation and Youth Affairs tweeted on Saturday.

Despite Mucheru's stance, in a 2016 statement, the ICT Association of Kenya said "the Bill will bring order into the ICT sector and create an organized profession along with the ranks of other professions like law, media, and accountancy among others that enjoy statutory recognition."

The implication: Considering that a large population of ICT practitioners are self-taught, unlike other fields like medicine and engineering that need licenses to operate, most of the successful products globally are built by "unlicensed" professionals.

"It’s surprising that Kenya, Africa’s Silicon Savannah, is doing this whilst the world is moving away from paper requirements! With tech moving so fast, and research showing benefits of experiential learning, what a step backwards." Sheena Raikundalia, Director at the UK- Kenya Tech Hub said in a LinkedIn post.

Big tech companies including Microsoft, Google, and Visa have launched in the Kenyan market, as a reflection of the potential therein. If assented to, this Bill will likely thwart the thriving ecosystem in the East African country. The Kenyan ICT ministry recently released a coding syllabus for primary and secondary schools in the country under the Kenya National Digital Master Plan 2022-2023.

Fincra enables merchants to seamlessly collect payments in naira, euros & pounds through card and bank transfers. On the other hand, businesses can payout globally to their wallet or bank account.

Ready to get started? Create a Fincra account or learn more about Fincra's product

Last week, GOMYCODE, a Tunisian EdTech startup raised the highest round by closing an $8 million Series A round. Otherwise, Nigerian and fintech startups dominated the news, as usual. Find out more in the table below:

Check out these interesting stories we came across last week:

You can get in touch with us by emailing [email protected](dot)com and we'd reply within the hour.

With Africa set to be the next global tech hub, here’s what it could mean for industries across the board
Mcom, formerly Mafab has launched its 5G network across six Nigerian cities but the network is not commercially available yet.
The Federal Competition and Consumer Protection Commission has authorised the operation of 106 digital lenders in Nigeria.
This article covers how media buying and advertising can be utilised to increase lead generation for individuals and organisations.
Insights into two key technologies; BVAS and IReV—that will enable Nigerians to decide their next political leaders come Feb. 2023.